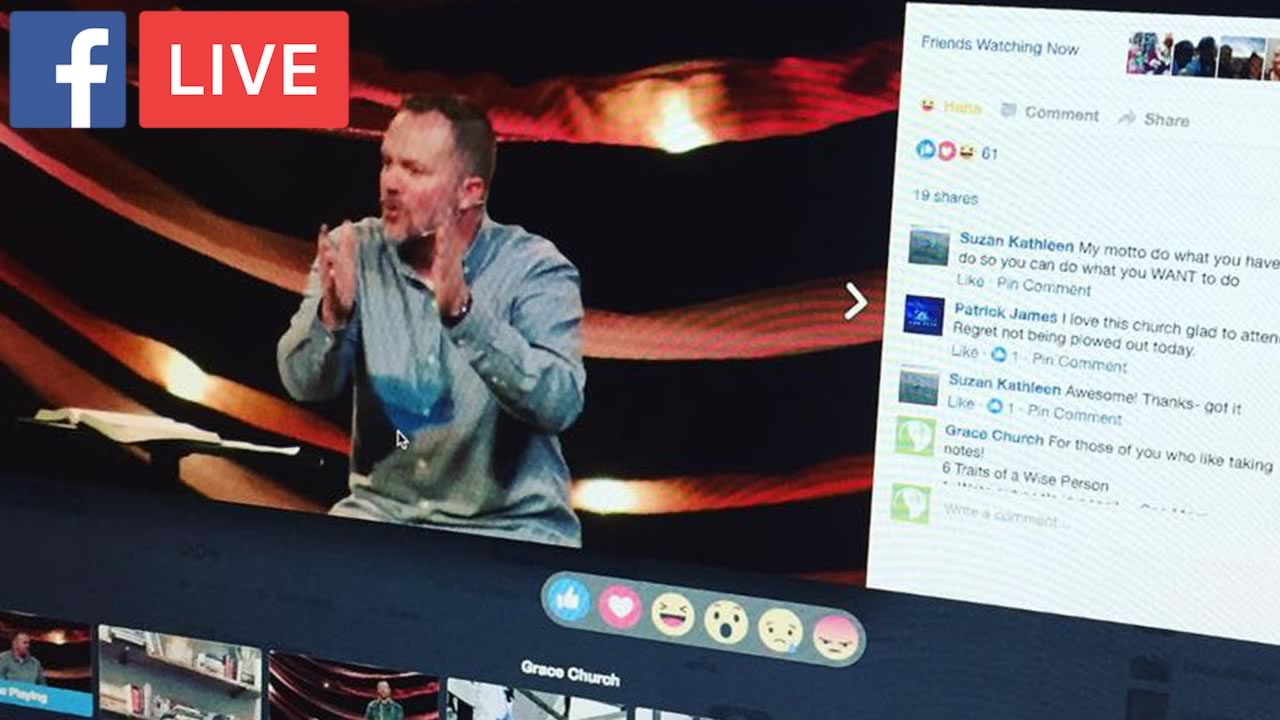 Posted at 15:56h in Production by Matt Walton 0 Comments

One of the most common questions that we get is how we run our Facebook Live. Churches in the past have run live streams, but once Facebook launched the “live” option, it was a game changer for churches. Instead of having to a link on your Facebook page directing people to your website or live stream page, you can now have your live stream show up right in your followers timeline and engage with them right then and there.

The audio for our live stream is taken from a designated channel on our board and then connects into our Black Magic Studio Camera via XLR. The audio and video feed are then sent from the camera via SDI to our Black Magic ATEM 1M/E Production Switcher in the booth.

From that point, the SDI feed runs out of our booth to our secondary broadcast studio room, where it meets back up with another ATEM Television Studio switcher. There, the SDI feed gets sent into a Black Magic Ultra Mini Recorder which changes from SDI into Thunderbolt to plug into our Mac Mini.

Now that you’ve got some of the nuts and bolts….here’s how we set up and run our Facebook Live.

Our Facebook Live stream is run out of a secondary studio room. At first it was run out of our sound booth, but quickly became too chaotic for us to manage both the live service in the auditorium and the online service. Having it in a secondary room allows for our team to freely communicate with each other throughout the service without being a distraction.

The program that we are using to stream our services is a free program for Mac called OBS. It allows you to connect your studio camera to Facebook via a streaming key and then you can prompt OBS ( https://obsproject.com/ ) to begin live streaming.

Before the service, our live team comes in during rehearsal, sets up our live streaming platform and begins a test stream during rehearsal. This test only lasts a few minutes. Since it is so early, we typically don’t have many people join and we make it clear that the live video is simply a test. This way, we can ensure that the audio is coming through correctly, the video and audio are properly synced, and there are no major errors that could cause our live feed to have to be shut down once it’s go time.

Once we’ve made the proper adjustments, we’ll end our live feed and go through the process on Facebook and OBS to set up a new live feed. But instead of going live, we will instead schedule the live video to begin 2 minutes before our 11:30 service. That way the Facebook Live video will begin during our countdown video and then lead right into service.

Our team then meets back together 15 minutes before we go live just to make sure that we are all set up and ready for our service. Because our live video is already scheduled, it will automatically give a 3 minute countdown for all your viewers. Once the countdown has expired, there will be a play button you can click on which will open up the live video and you can see how many live viewers you have as well as interact with them.

Matt is the Media Director at Grace Church and he oversees all video production, weekend media operations and social media strategy.